READY TO HIT THE WATER?

A fishing license is required for anglers and can be purchased online from Mississippi Wildlife, Fisheries & Parks. Children under 16 years of age do not need to purchase a license.

The 33,000-acre Barnett Reservoir, with 105 miles of shoreline, is both an incredible crappie and bass lake for several reasons:

Can this average angler typically “go it alone” – meaning bring their own boat, navigate the lake safely and most likely catch some fish?

If the angler has the proper equipment, depth finders, and lake map chips, it’s possible to catch fish without a guide. However, if time is a factor, employ a fishing guide for at least the first day.

Ridgeland’s own Brad Chappell is passionate about teaching others how to catch big trophy crappie. Contact him at Brad Chappell Guide Service. Check out his Facebook page, call (601) 317-6681 or email bchappell268@gmail.com. Brad will supply all the gear, tackle and bait but you are responsible for purchasing your own fishing license. Brad is a member of the Magnolia Crappie Club.

The Pearl River Valley Water Supply District is the state agency created to construct and manage Barnett Reservoir and the 17,000 acres surrounding the lake. The District carries out its multi-purpose mission without any state or local tax dollars.

For more information on lake levels and conditions, visit PRVWSD.

KEEP THE REZ CLEAN! PRVWSD requires that all fisherman and boaters must have a trash container specifically marked "Trash" with stencil or other clear markings for disposal of garbage or refuse. Violations of this law would be a misdemeanor punishable by a fine up to $1,000.

Barnett Reservoir, first filled to capacity and open to the public in 1965, didn't take long to blast onto the national fishing scene. It became a popular bass hot spot from Day 1.

On a business trip to Jackson in 1966, salesman Ray Scott of Montgomery, Alabama was scheduled for two days of fishing at Barnett Reservoir with local friends Don Norton and Bob Ponds. It was not his first trip, and even though it rained and he never fished, it was his most productive. Back in his motel room, as it poured and poured, Scott said he literally had a dream. He woke up called his local friends and explained to them this vision of what would become the Bass Anglers Sportsman Society — B.A.S.S. Tournament bass fishing was about to explode.

It did, too, in 1967, beginning with a tournament on Beaver Lake in Arkansas, and Barnett Reservoir was an annual fixture of the early BASS schedule from 1968 through 1973. Among the winners here those first few years were Bill Dance and Roland Martin, the two biggest names to emerge in the new sport. As always with a new lake, freshly stocked with bass with few predators, the Rez was in peak form those years, but, again, as always with a new lake, it hit a slump as the bass numbers began to slide into what would be a realistic natural population. The lake's surface was changing too from wide open water to a lot of native vegetation, pushing the large numbers of bass into new areas, making them harder to find. BASS quit visiting after '73 but Scott never forgot about BASS' roots.

In 1978, he brought the big enchilada of the sport to Barnett Reservoir — The Bassmaster Classic, where the best fishermen on the planet struggled.

It would be 20 years before BASS would return. The City of Ridgeland can be credited with BASS return, serving as host to two events in the mid 90s, and four more in the past six years. In 2017, Ridgeland and Barnett were host to a BASS Elite event.

Meanwhile, while BASS history was being written at Barnett Reservoir, another species was firmly establishing the lake as a must visit for fishermen — crappie.

Mississippi is well known across the country as the No. 1 Crappie State in the world, and while Grenada Lake, Sardis Lake and Lake Washington steal the headlines, Barnett Reservoir is right there. The other three are boosted by the giants that come out — 3 pounders and up — but Barnett Reservoir is famous for its consistency and overall production. Unlike most inland reservoirs built for flood control, Barnett Reservoir has very little fluctuation in water level during the year. Grenada and Sardis can rise as much as 20 feet between winter and summer pool, and often the change comes during the crappie spawning cycle. Washington frequently deals with backwater/Mississippi River flooding. Barnett Reservoir sits there and rarely fluctuates more than 2 feet the whole year. Where other lakes are crappie cyclic, Barnett is crappie steady. Where other lakes need tight limits and pole limitations to protect the crappie population, Barnett needs none.

During the summer, Barnett has a natural thermocline in the lake, meaning it stratifies into two layers of water in the heat — a surface area (1-9 feet) that is full of oxygen but too hot to hold fish for long periods of time, and a bottom area where the temperatures are cooler but with dissolved oxygen tough to come by. In between the two layers (about 9-12 feet deep), there is a level of water that yields the best of both — the thermocline. In most of the summer crappie habitat in Barnett Reservoir, all of the crappie in the lake will be in that range on whatever cover is available (old trees, natural contour changes, brush piles ...) making them easy to find.

Barnett has been host to many national crappie events, but in reality the lake is best known for its ability to send the common angler home with enough crappie for several family meals. 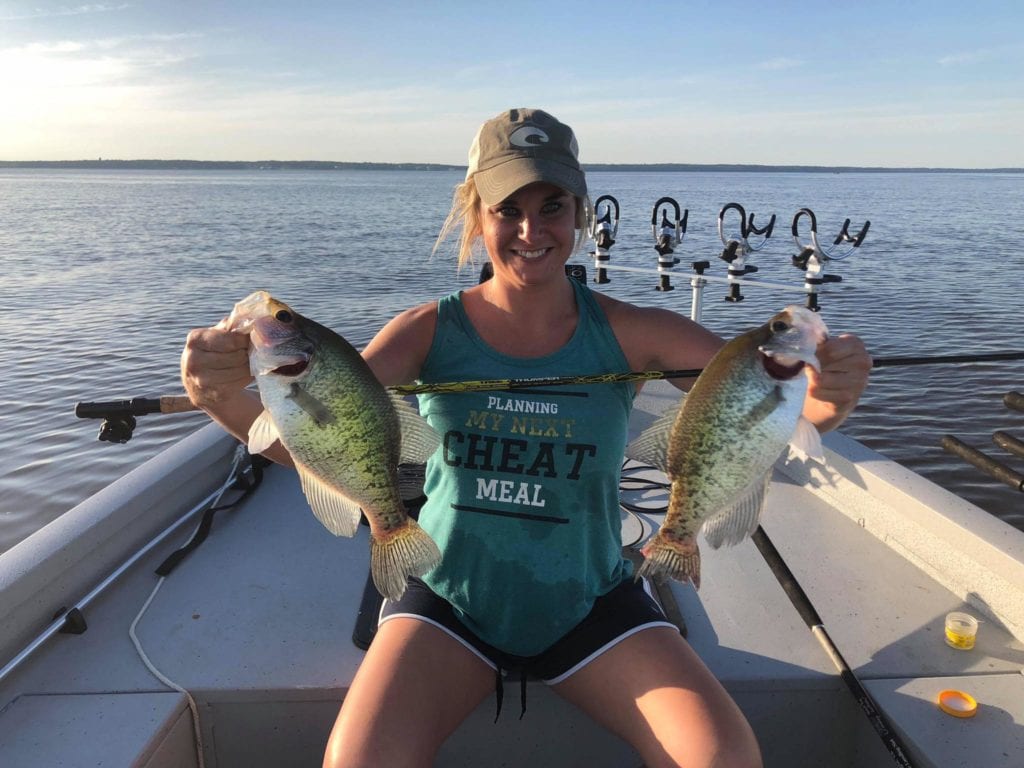 There’s always a reason to visit Ridgeland. Now you can get updates on our festivals, events and new attractions delivered to your inbox. 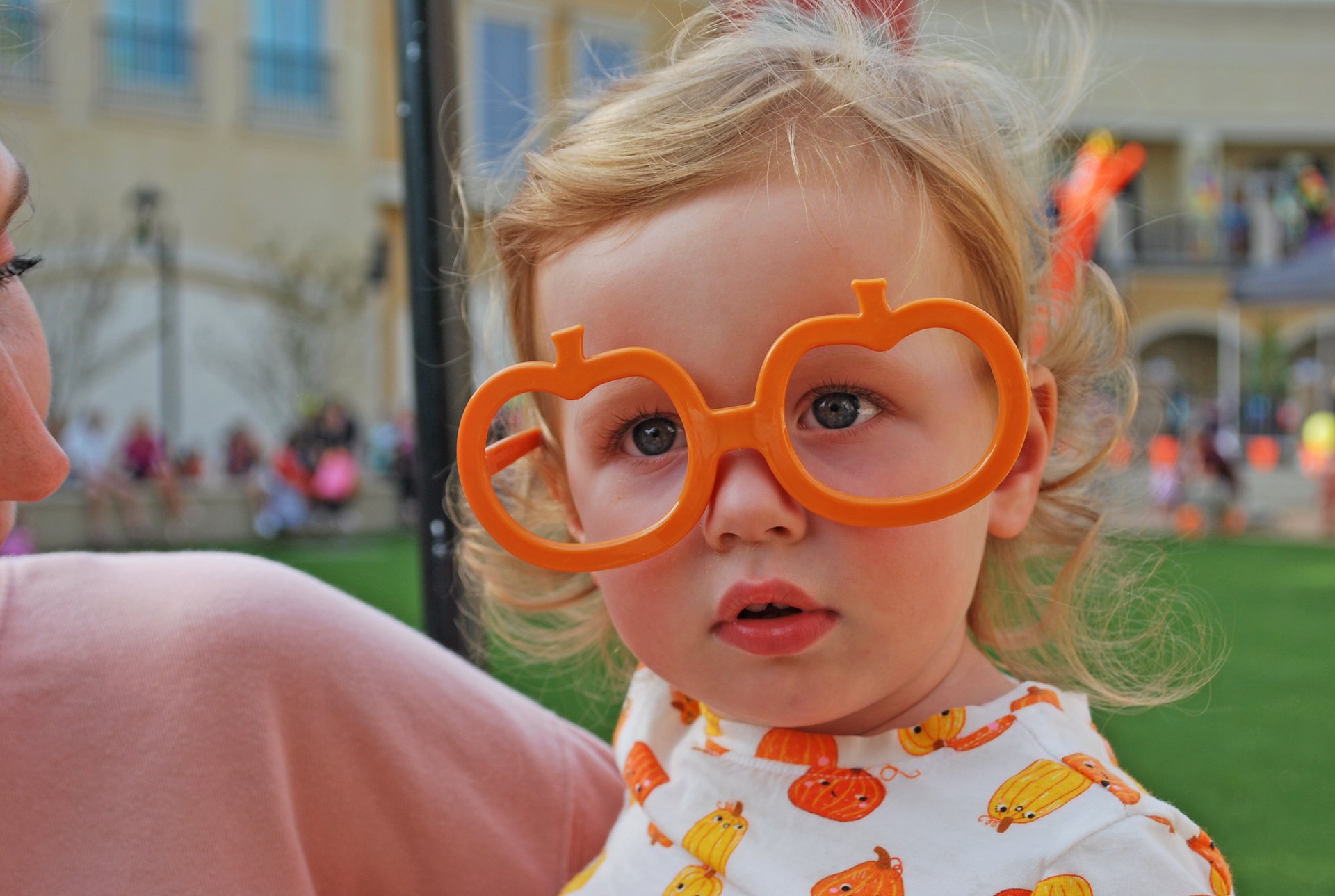 Have Some Family Fun in Ridgeland This Fall

The fall season brings lots of colorful adventures for families to enjoy, especially in Ridgeland! We’ve rounded up some of the best things to do in Ridgeland for you and …

Have Some Family Fun in Ridgeland This Fall Read More » 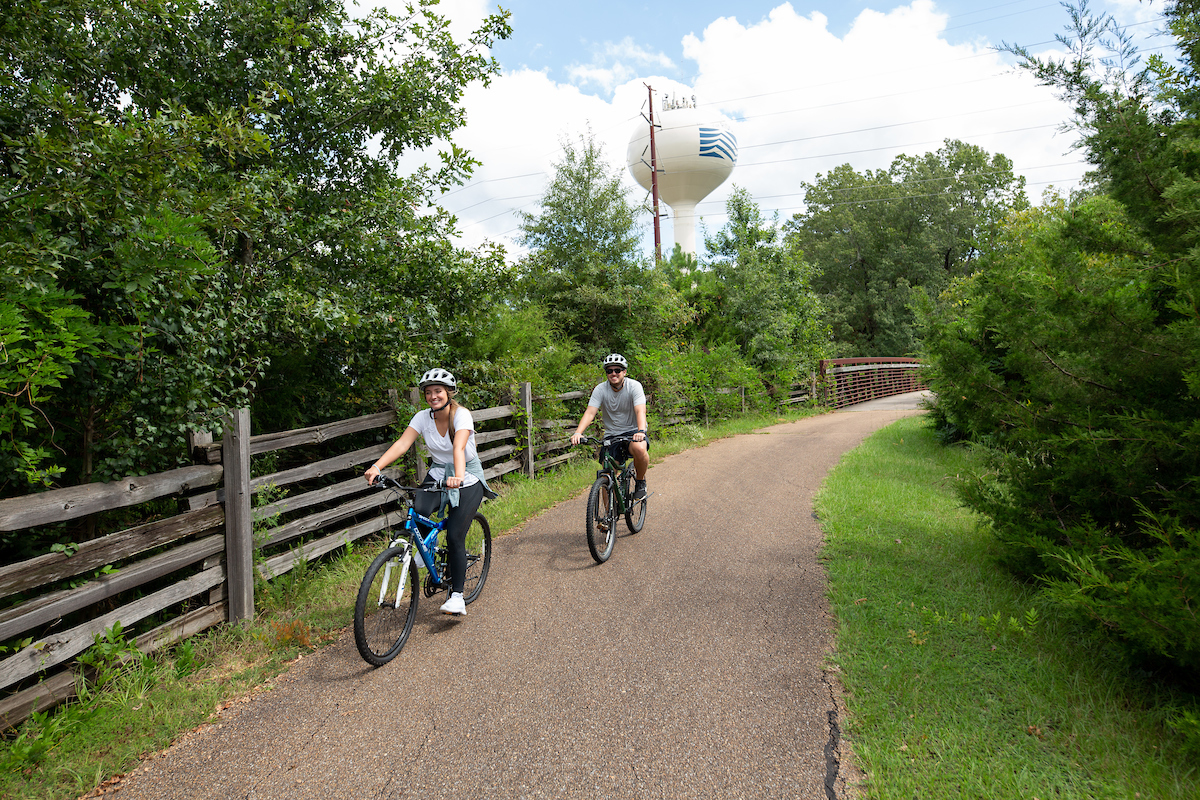 Itching to Get Outdoors? Check Out These Ways to Adventure in Ridgeland

Summer is here, and there’s no better place to enjoy a season marked by fresh starts and time spent in the great outdoors than Ridgeland, Mississippi. Ridgeland offers endless ways …

Itching to Get Outdoors? Check Out These Ways to Adventure in Ridgeland Read More » 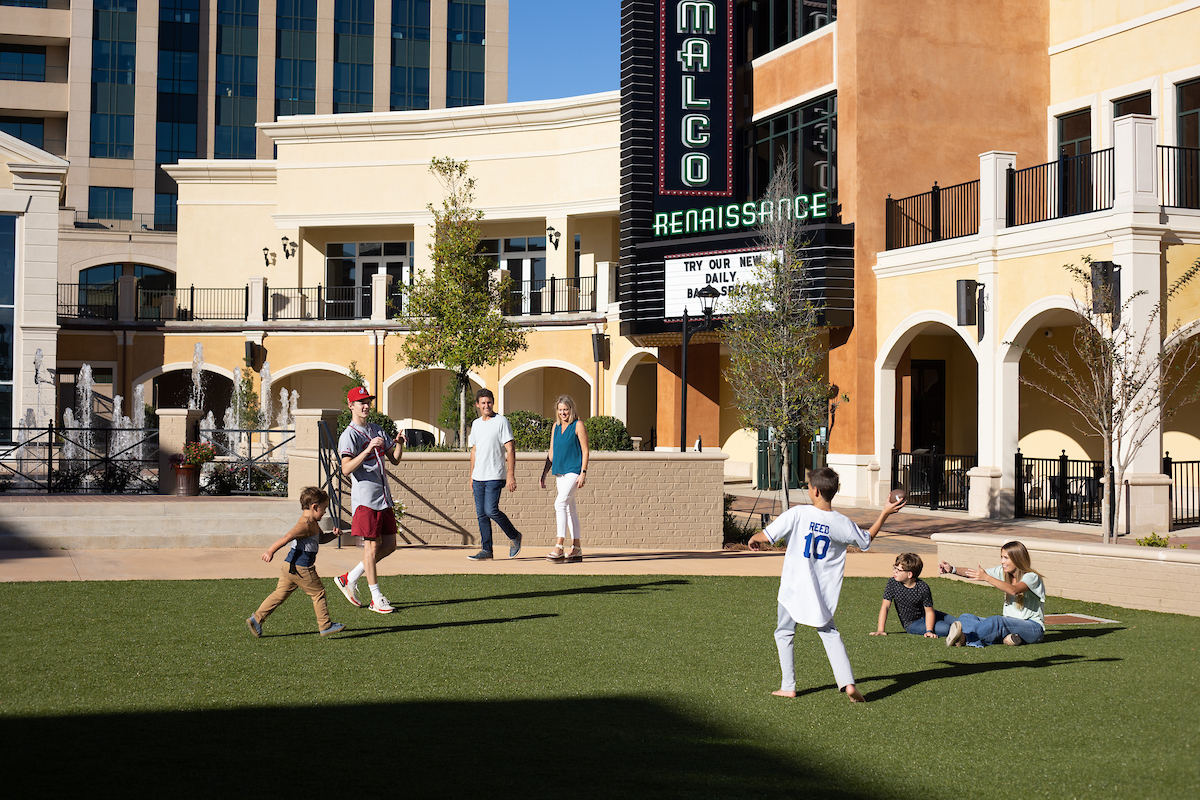 Planning the Perfect Family Weekend in Ridgeland for 2021

By all accounts, 2021 is shaping up to be a better year starting with the renewal of the family vacation. When it comes to shopping, sporting, scenery, and family togetherness, …

Planning the Perfect Family Weekend in Ridgeland for 2021 Read More » 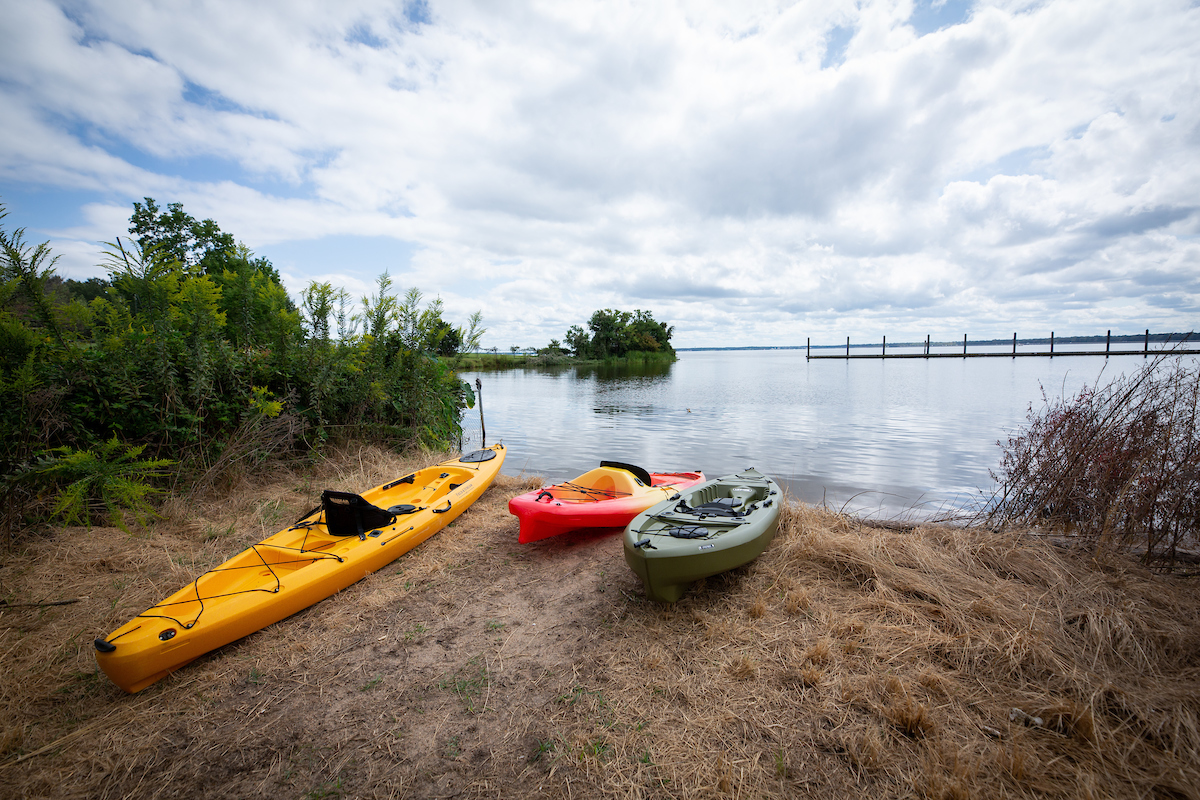 Resolution Revolution – Discover a New You in the New Year

There’s no denying it: 2020 wasn’t the best year to start on a fitness journey. We worked from home, ate too much at home, and tried (however we could) to … 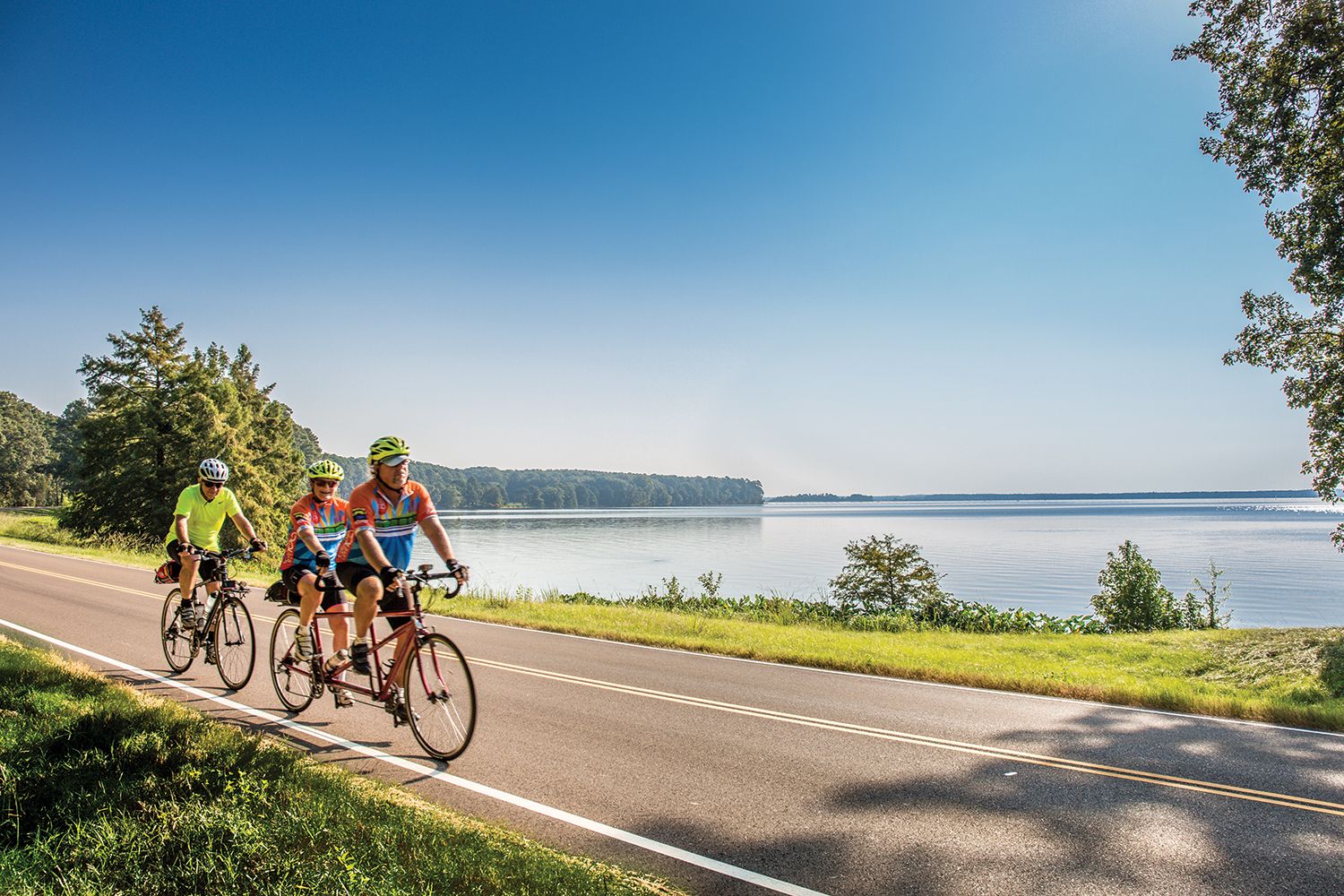 A Short Guide to Traveling in Ridgeland

We are honored to introduce you to guest blogger and UK based writer, Jeffyne Barne, through this incredible piece about traveling in Ridgeland, Mississippi. Thank you, Jeffyne, for your contribution …

A Short Guide to Traveling in Ridgeland Read More » 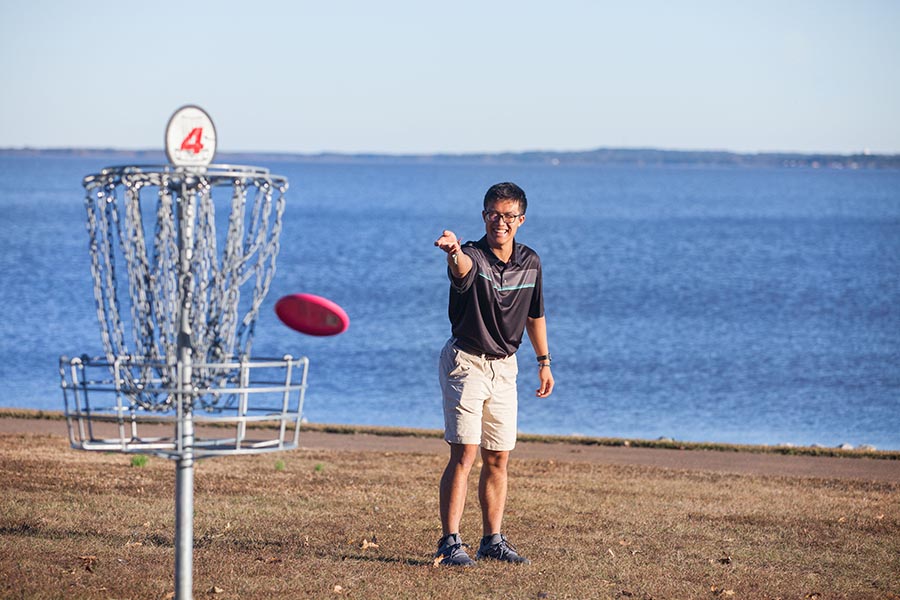 Ridgeland Parks and Restaurants Re-open On May 7, 2020 with Safeguards

Thursday, May 7, 2020 begins the re-opening phase for Ridgeland parks and restaurants with safeguards in place.   Old Trace Park on Barnett Reservoir Parks and all related facilities at …

Ridgeland Parks and Restaurants Re-open On May 7, 2020 with Safeguards Read More »